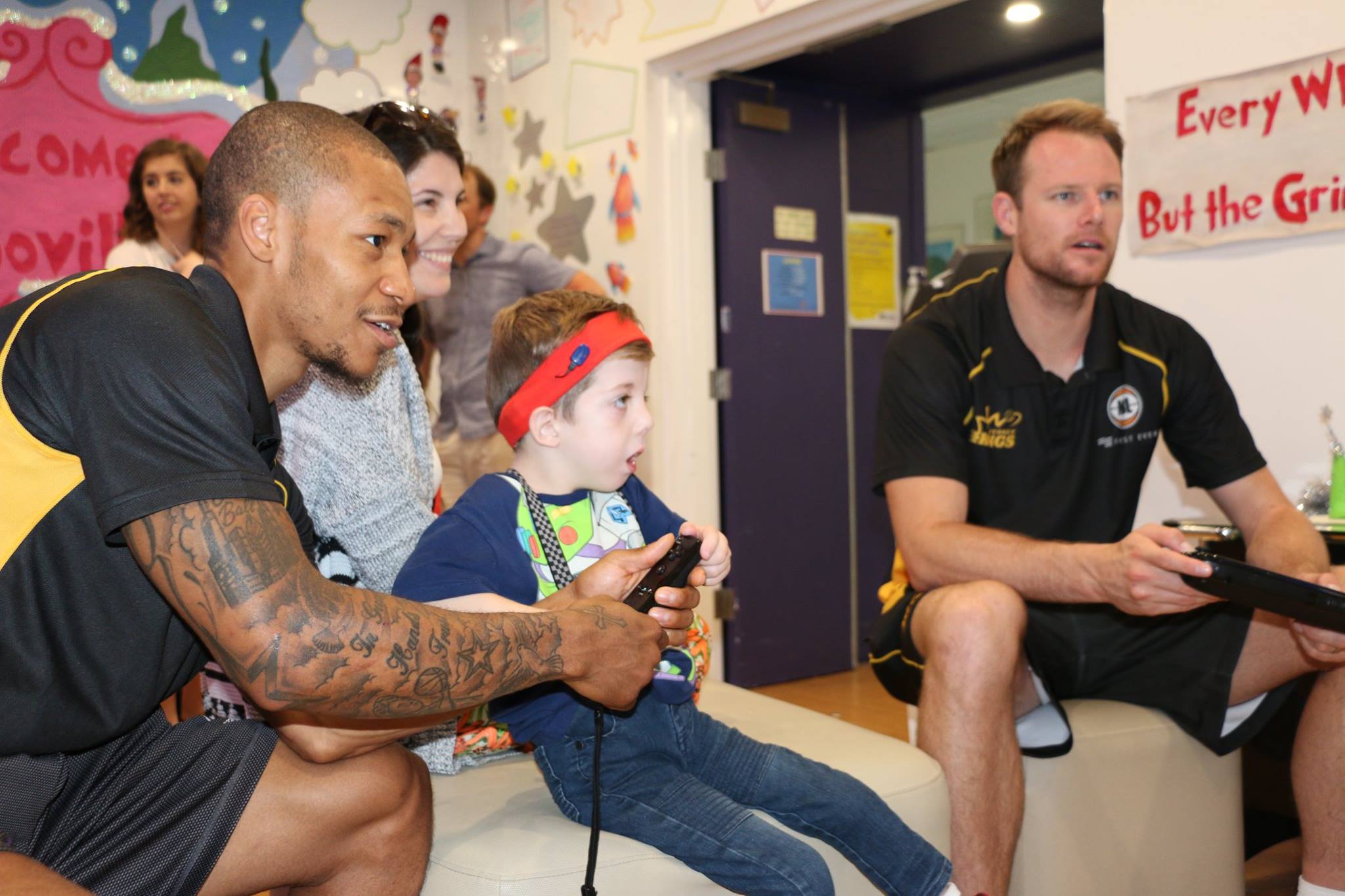 The Sydney Kings are proud to support the Starlight Children's Foundation as our official charity partner. Our players regularly attend Starlight Rooms at both Westmead and Randwick Children's Hospital to support those doing it tough and bring a smile to the face of seriously ill children. With many of our players being fathers themselves, it is a charity close to the hearts of our team.

This season the Sydney Kings will host their inaugural Purple Reign game night, on Saturday 11th January vs Cairns Taipans. (7:45pm) The night will see Qudos Bank Arena turn into a sea of purple as fans dress to support Starlight Children's Foundation and raise funds for an important cause.